A couple weeks ago we took our first big trip as a family of five.  We went to Cincinnati to spend a few days with my family and have the joint baptism of Timmy and his cousin John Paul.  It was a 14-hour drive there, and a 13-hour one back.  We stayed downtown again, in the same hotel as when we all went for Christmas a couple years ago.  Again, we had two bedrooms, a living room and kitchen for under $100 a night.  The mattress was saggy and there was no continental breakfast, Starbucks coffee or USA Today.  Still,  for the money, we couldn't complain.  We like staying downtown with all the noise and the people and things to look at.  We are not normally city people.

Highlights of the week included a trip to the Children's Museum, the Aquarium, shopping at a real mall, a fun grownups-only dinner out with my brother Scotty and his wife Faith, and of course the baptism and party. 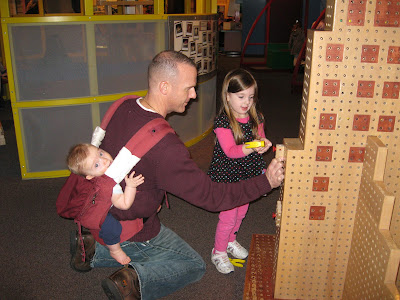 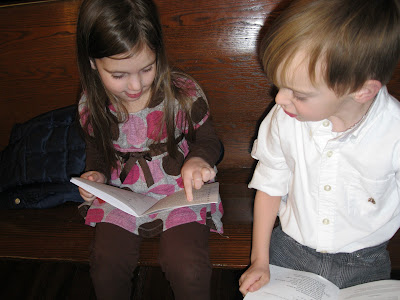 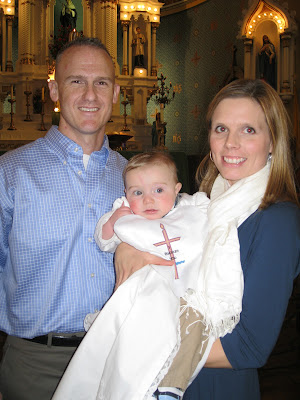 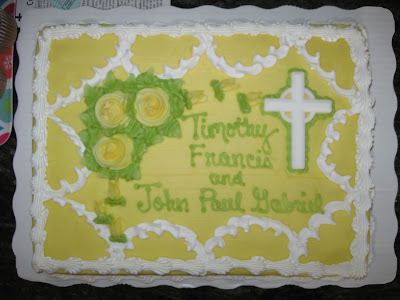 These pictures of Anna and Robert's cats must be included because they're funny, and I don't even like cats.
Posted by Rachael at 11:04:00 PM No comments:

Once my babies get to be this age, I worry that I might never want to stop having them because they keep getting cuter and more fun with every passing day.  Then they start to sleep better, I start getting more rest, and then my memory starts to fail me.  They are dangerous at this stage, that's for sure.

Two days after he turned 6 months old, he had a well visit.  He weighed 17 pounds, 2 ounces (46th percentile), and was 27 inches long (64th percentile).  While I was waiting for the doctor, he bit down on my finger and I noticed he'd cut his first tooth.  The second one followed about two weeks later. 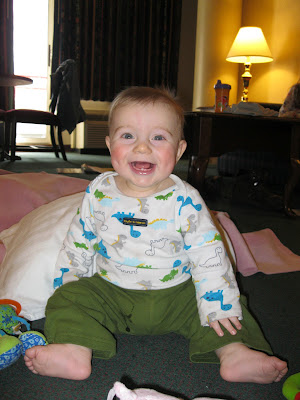 That same week, he began sitting up by himself.

He has been practicing crawling for several weeks now.  He gets up on all fours, and moves one knee forward, then the other.  But he has no idea what to do with his hands, so he just lunges forward, and then scoots and wiggles his way to wherever he's trying to go. 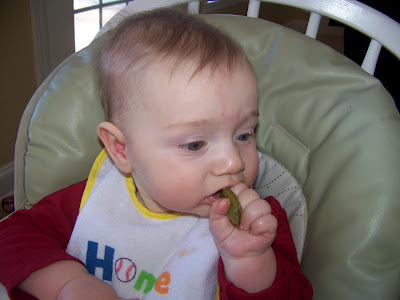 This month we introduced solids.  We take the baby-led approach.  So far Timmy has tried apple wedges, broccoli florets, slices of green pepper, banana, cheese, toast, chicken breast, and tomato.  He may have tried some others, but I can't remember.  Whenever he's awake for a meal, we include him at the table so he sees us eat, and gets to try a little of what we're having.  He's mastered biting and chewing, but not yet swallowing.  He'll figure it out in his own time.

He sleeps well as long as we're at home.  He began "sleeping through the night" -- going to bed at 7, and waking up once at around 4 -- right before we left for Cincinnati a little over a week ago, and then that got disrupted with us sharing a room again.  Once we got back, he improved again right away.  He's not sleeping through the night, but it goes like this:  I give him a dream feed right before I go to bed between 10 and 11, he wakes up at around 3, and then again between 6 or 7.  It's not great, but compared to where we were a couple months ago, I'd say we're doing very well.  Since Tim's been home, he gets up with him that last time and I get to sleep in.  That ends when he goes back to work on Monday, but we'll still have weekends. 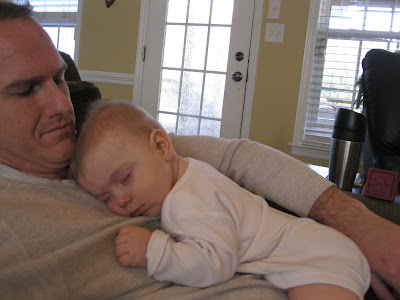 It's looking like it might be the end of the road for Annie and her tattered, faded little companion, Lovey, after 2 1/2 years.  While we were in Cincinnati last week, she went to bed without it two or three nights in a row.  After she'd gone to bed, I'd see it lying forgotten on the living room floor.  I used to bring it to her in bed not long ago, whether she asked for it or not.  I think I might have been just as unwilling to let Lovey go as she was, maybe more.  I knew that once she stopped carrying it around, that it was really, finally the end of her babyhood.

The timing of this is so unexpected, considering that she and Lovey seemed more inseparable than ever these last couple months.  Tim commented on it when he came home, how attached she was to it.  I noticed too, and wondered why she was suddenly hanging onto it all the time, and wanting to take it everywhere.

For some reason, when I noticed she'd forgotten to bring it to bed with her the first time in Cincinnati, I decided not to bring it to her unless she asked for it.  Maybe it was the change in her routine, but she didn't ask for it the next nap time or the next bedtime either.  I started to notice that Lovey was being forgotten.  I hid it away in a suitcase to see if she'd notice.  She didn't, and still doesn't, several days later.  So today I told Tim that I was going to put Lovey away in Annie's memory box, at last.  She's a big girl now.

It's a little bit ridiculous that I'm feeling sad about this.  It was not my plaything.  But it's been hers for so long it almost seems like a part of her.  I love its sweet, smushed face, worn by all the mouthing and handling of a baby, then toddler, then preschooler.  I should be happy that she's decided herself she's ready to move on.  If she asks for it tomorrow, I'll give it to her.  But I don't think she will.   (Sigh)  My Annie-Nanny is growing up.  Tomorrow we will try potty training.
Posted by Rachael at 10:49:00 PM 2 comments:

We are together again and life is good.  Tim came home as scheduled on Friday, February 3.  Melinda at Melinda Pepper Photography did a wonderful job of capturing the moment.  There are many more pictures, and I look at them again and again because it is such a happy memory.  Since there are no words to express how it feels to see each other again after those many months, and everything we've gone through, the pictures do it.

Tim and I agree that, while 10 months of our life together is missing, it doesn't feel like he ever left -- if that makes any sense.  It's been a smooth, easy transition.  We're a team again, this time with three kids.  The girls are so happy to have him around again, running to meet him when he walks in the door every day.  It doesn't ever get old seeing that.  Timmy took to him right away, no problems there.  We had talked a day or two beforehand about Tim "easing" back into his role as daddy, since things were bound to be a little different, and the kids would need time to get used to him again.  So far, I haven't seen that.  His interactions with them have been so natural and effortless right from the start.  Right before Tim left, he told me, "Don't let them forget me."  He never became a stranger to them.  He loves listening to how differently they talk than the last time he saw them.  Annie changed so much, as he knew she would.  But he is amazed at Delaney too, and how much like a big kid she has gotten, the way she talks and acts.

I was so happy the first time we walked across the parking lot to go into a grocery store together.  It was like the clouds opened and angels were singing.  Getting ready to leave, I was in the checkout line with Annie and our groceries in the cart.  Tim took Delaney and Timmy out to the car.  I just had Annie and the groceries to worry about, and that was nice until I got in the car and realized I'd left my wallet at the counter.  After I'd recovered it and gotten back in the car, I told Tim, "You wouldn't believe it but I never once did that before, not even the whole time you were gone."  He said he believed me, and understood right away how him being there took me out of the routine I was used to.  It threw me for a loop, having the extra help!  (Come to think of it, it's not the first time that having another adult along on a grocery trip -- for example, my father-in-law or my mom -- has made me have to try harder to stay focused and not forget anything.  You would think it would always help, but strangely, it can add confusion.)  But no matter, I still enjoyed every minute of having him on that trip.

I've got my other half back here where he belongs, and it doesn't get any better than this. 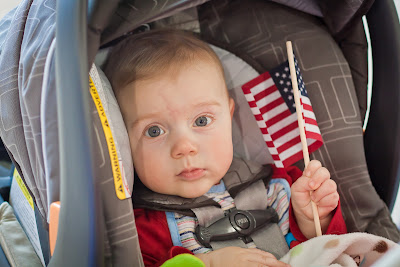 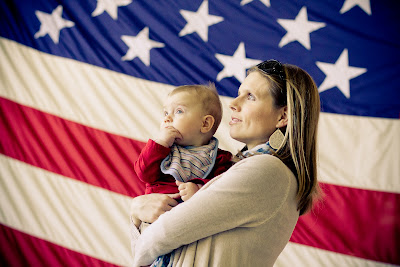 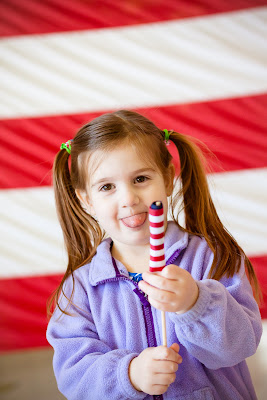 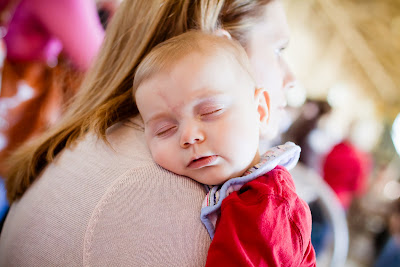 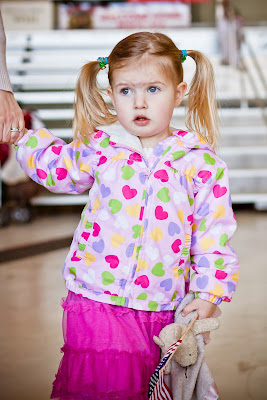 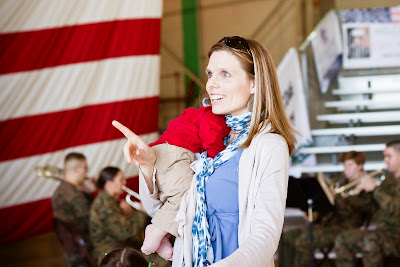 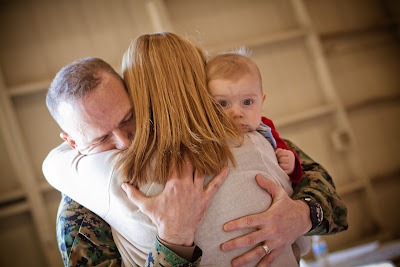 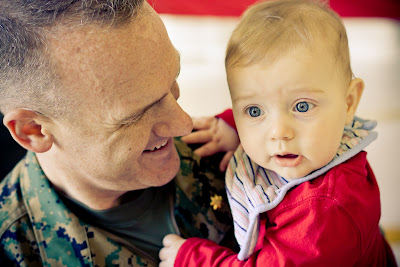 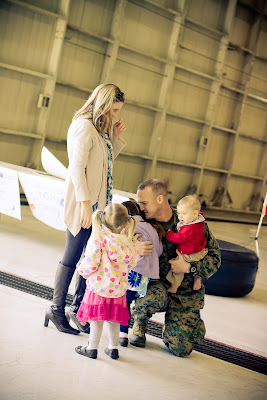 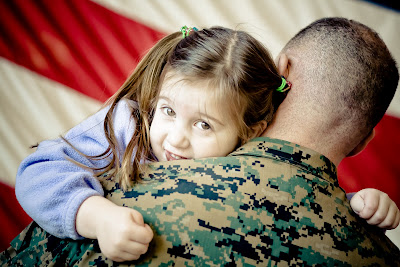 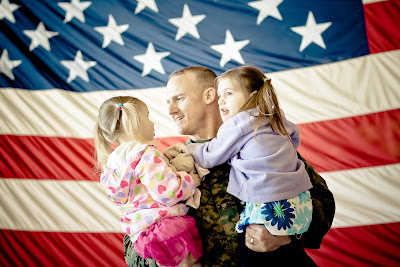 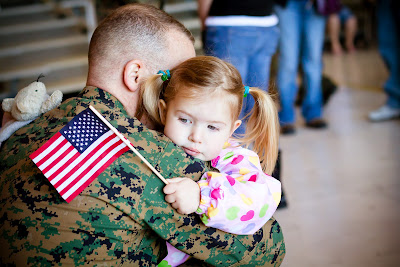 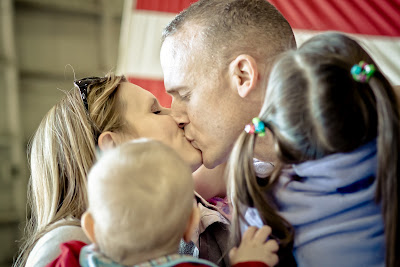 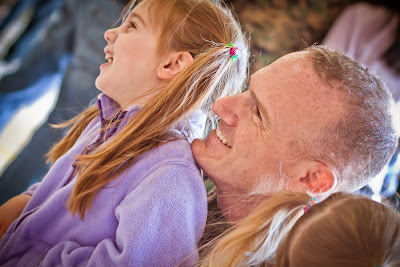 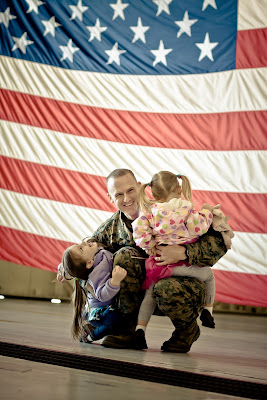 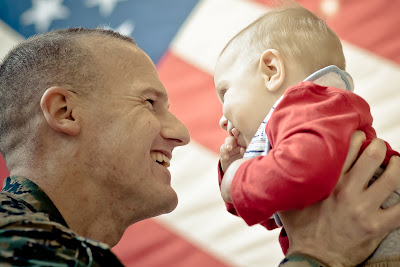 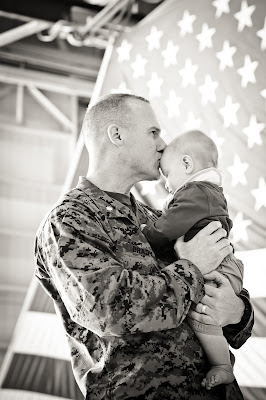 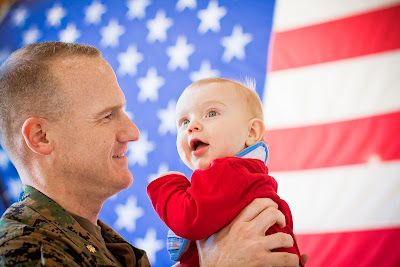 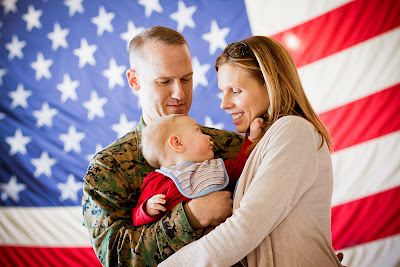 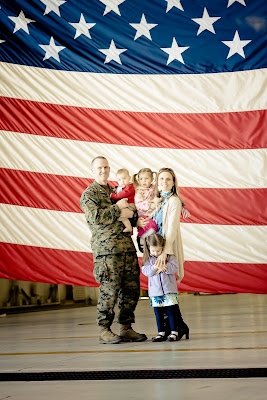