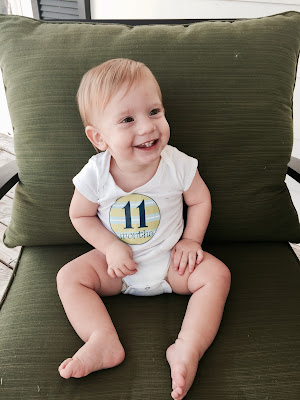 Here we are already staring his first birthday in the face. I can't believe it. It's a fun time to look back and remember what I was up to this time last year, and the state of mind I was in. The other day I made our reservations for the Polar Express on base and smiled, remembering how I'd made those same reservations last year, thinking I'd have had him by that date. But no, that big ol' belly and I were on the Polar Express. That big ol' belly and I made it to just about everything that I'd thought would end up being Tim, Carolyn and the kids. All my other babies came well before their due dates but Joey had to be different and come five days after his. So this time last year I thought I had only two to three weeks to go, not a whole month. 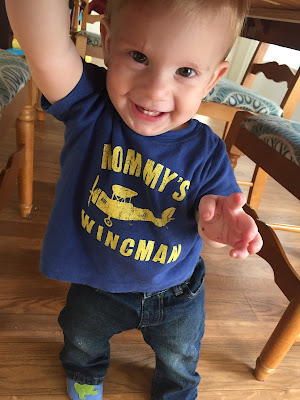 At 11 months we have no big changes to report. He's still crawling and cruising but not standing on his own yet. He's a very curious little guy who's always trying to get into things he shouldn't be, so I'm thinking perhaps instead of the usual floor-to-ceiling Christmas tree next month, we place one half the size up on a table. I remember one year when my sister Anna was about the same age, my parents did the same thing. He tries to climb everything and I am always thwarting him. He would probably love those Gymboree classes I took Delaney to when she was his age, but he's out of luck there. 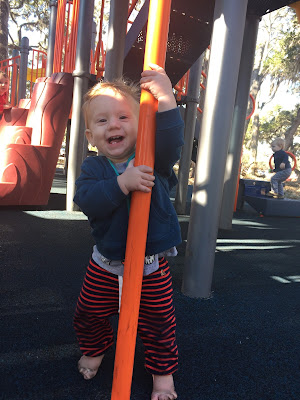 When I tell him to say "night-night" to everyone, he waves with his palm facing himself, and makes a little noise. The other night it sounded like he said, "Nigh" as he as waving. He gives hugs and kisses sometimes. The hugs are heavenly, and I'd love for my neck to be encircled by those baby arms forever. The kisses are a little strange and funny, and when he comes at me with his mouth open I'm not sure if he's going to kiss me or try to eat me. He wanted to kiss Timmy a week or so ago, and I told Timmy, "He wants to give you a kiss," so Timmy stood awkwardly still while Joey leaned in. He was not crazy about the wet kiss he planted on his cheek, but he knew he didn't want to be turning down a kiss from baby brother. It is always so wonderful and amazing to me when, after months of lavishing a baby with affection, he turns around and starts to give it back.

Don't be thinking he's that adorable and charming all the time. He's kind of ornery a lot of the time, to tell you the truth. I put up with him because he's cute, and I remind him of that all the time.
He is sleeping very well now. He goes to bed at 7. I dream feed him at 10 and I don't hear from him until at least 6. During the day he still takes his morning nap between 7 and 8, and then an afternoon one at around 12 or 1. The length of these naps varies, around one to two hours each. He likes routine a lot, and any changes can throw off his day and make him resist one or both of his naps. I like our routine a lot too, and I do whatever I can to try not to disrupt it.

He's turning into a really good eater too. I buy a few baby food pouches a week just for times when we're eating something he can't have or doesn't like. He doesn't like those very much, but he loves our food. At breakfast he doesn't eat solids because his belly is pretty full of milk. At lunch he eats a little off my plate, and at dinner he eats a significant amount most of the time. (There are still times he wants nothing to do with it.) What are some recent things we've had that Joey likes?.. Chili, refried beans, guacamole, little bits of chicken, grilled cheese, and probably a lot more that I can't remember. A few nights ago he couldn't get enough of the refried beans. He kept lunging toward the spoon impatiently. He still nurses a few times a day too, so I'm sure he's getting plenty of calories on the whole.
He's still wearing mostly 12 month clothing, but I'm starting to buy 12-18 since he seems like he's at the upper range of 12 months. 12-18 Carters footie pajamas fit well. He has such tiny feet. He's wearing Robeez in size 6-12 with a little bit of room to grow.

He got his first little cold this month, and one day he had so much snot inside his head that he was having a hard time nursing. It was all loose inside his head and I could hear it moving around as he tried to breathe through his nose. It was then that I decided to give Nosefrida a try. I love this thing, but it is really a last resort because it terrifies him. It cleaned out his nasal passages so quickly and easily. Those bulb syringes are nothing but crap compared to this. Every baby shower gift I buy from here on out is going to include a Nosefrida. It has been around since Annie was a baby if not even longer, but I never had a baby who needed it enough for me to give it a try. I'm still discovering new things, even with it being my fourth time around.
Posted by Rachael at 8:57:00 AM No comments:

We finally got new family pictures done last weekend, and I love how they turned out. We had a perfect fall day, and three of the four kids being very cooperative because they know it's in their best interest to make me happy. The location was a spot the photographer had been to before, a tree swing on the riverbank about a minute from downtown Beaufort. Once we were done with pictures we went down the street for dinner and ice cream. It was a really fun evening.

It's just about impossible to narrow it down to a few of my favorites to share here, but I'll do my best. This family of mine is my pride and joy, and these pictures make me so happy. 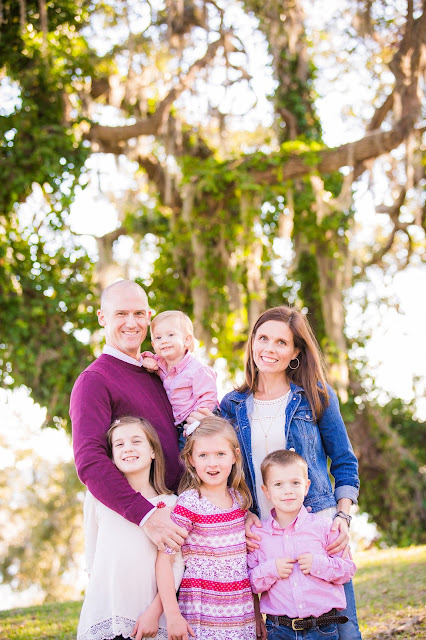 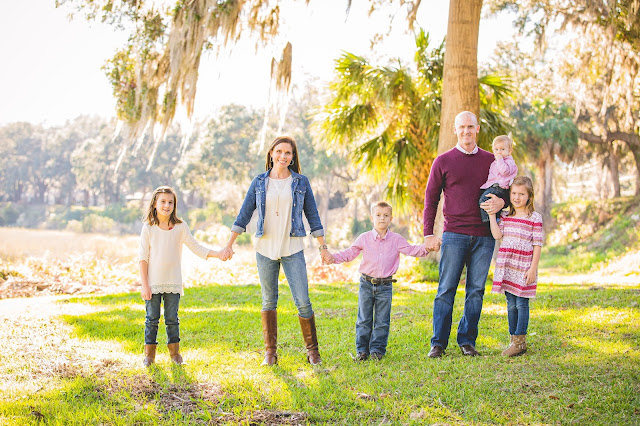 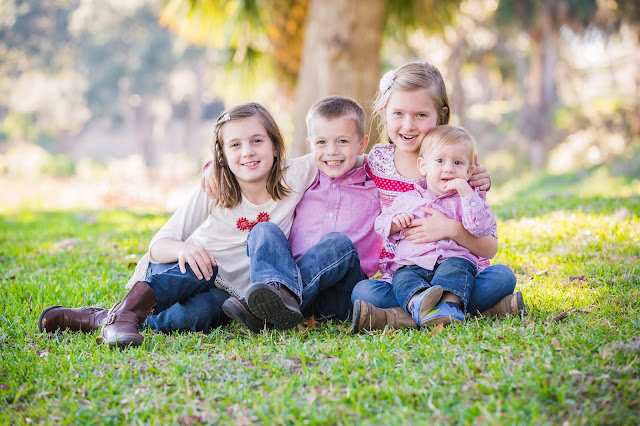 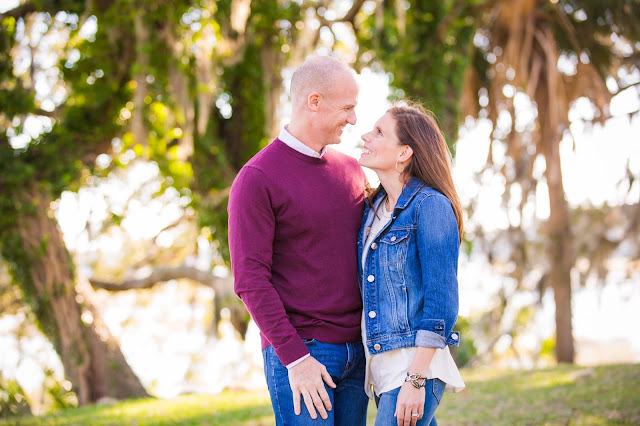