I know I've said it before, but I'll say it again: someone needs to figure out a way to stop time, because my baby is growing up way too fast, and he is just the cutest right now. Just last night at bedtime, Joey was trying to put back together one of his little cars, and he was fending off Timmy's and my offers of help. He said to me, "Would you please stop saying that and let me fix it?" I cracked up and said to Timmy, "This is three." 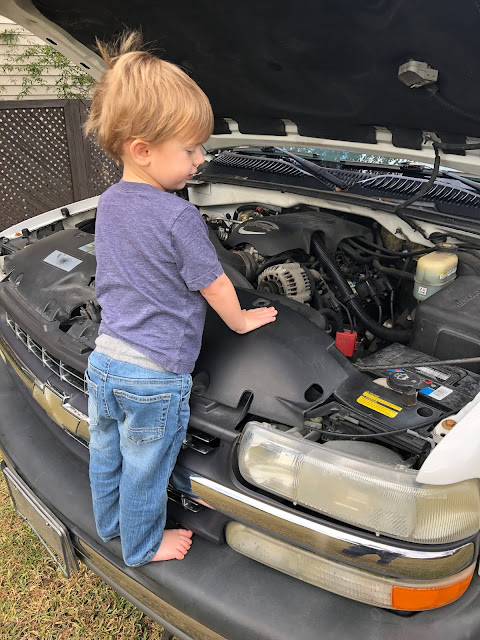 We love reading books together. We read about four to six books a day, at naptime and bedtime, and anytime on request. It's supposed to be two at naptime, two at bedtime, but he can often sucker me into one more. He's gotten a lot of nice new books of late, and his current favorite is The Snowy Day by Ezra Jack Keats. The Very Hungry Caterpillar by Eric Carle is another one he chooses often, and he has it memorized, so he can "read" it to me. It's the best! I have to find a way to record him without him knowing. He really enjoys his Clifford books too. He asks the same questions on the same pages, and in response to the same answers I give him, he says, "Why?"

Joey is signed up for the Dolly Parton Imagination Library, and he gets a new book free every month. I don't know who's more excited about a surprise book in the mailbox -- him or me. From them we've gotten The Snowy Day and The Very Hungry Caterpillar, as well as The Little Engine that Could, and a couple of others so far. 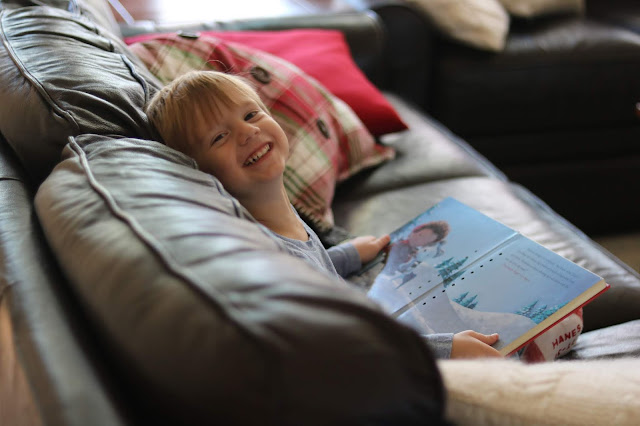 He and I have this little game we play right before I leave the room after putting him to bed. He opens his arms wide and says, "Come here." I kneel down by the bed and he either wraps his arms around me or holds my face in his hands. Then he says, "That's not my Mama! Her face is too ... " he searches for a description that he thinks will sound funny. "... bumpy!" I laugh and say, "That's not my Joe. His earlobes are too stretchy." Then we go back and forth for a couple minutes until I say "enough" and extract myself. For awhile he was into a series of Usborne touchy-feely books called That's Not My Truck, That's Not My Tractor, and so on. Each page would say something like, "That's not my truck. Its hubcaps are too shiny." I thought it was the silliest thing, but he was mesmerized. Now it's like our little inside joke. He does it with Annie too. Annie is like a little mama to him, when he allows her to be. 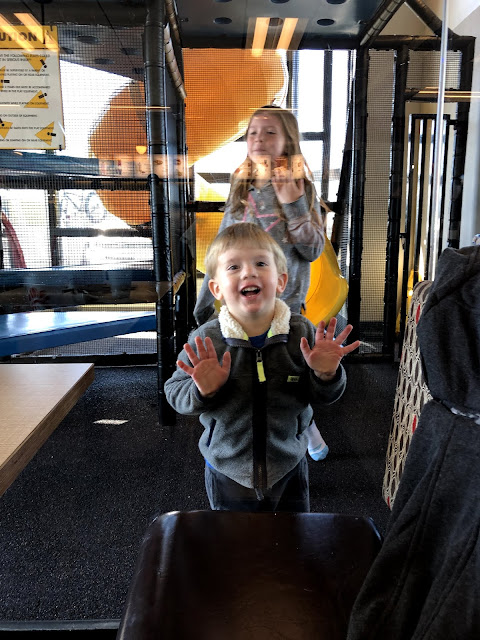 For the past couple months, after it was suggested by Timmy's CCD teacher, we've been going around the table at dinnertime and having everyone share their "roses and thorns." It's intended to be a little exercise in examining our consciences -- to think back on situations we wish we could have handled better, or things we said that we wished we hadn't. In theory it's a nice, small way to help prepare Timmy for his first confession, but in practice it's been an occasion to air our petty gripes (as well as the thing that made us happy). At least it ensures about five minutes of conversation. Joey always wants to go first, and he almost always says, "My rose is fire trucks and my thorn is ambulances."

Just like the other kids did, Joey is going through a "backseat driver" phase. He tells us to watch out for this or that person or car, and lately he's been asking Tim or me if we have both hands on the wheel. I don't even know where he gets that. Just today, while I was waiting at a light, he said, "Mama, could you back up a little? You're gonna hit that car." What?!? He also regularly asks us to turn the music up or down, or the heat. It's funny, as well as a little annoying. 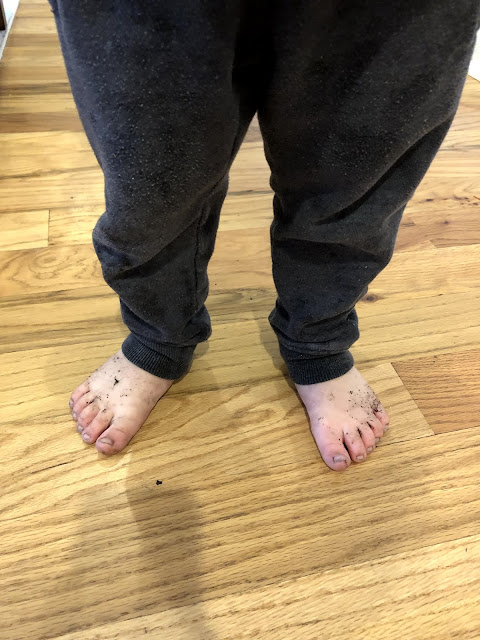 We've had no more lapses in potty training, and he stays dry all day and through his two-hour nap, as long as he's gone to the bathroom beforehand. I finally got rid of the yucky little potty, and he uses the big toilet with a stool. If I'm there when he needs to poop, he says, "Would you go away and shut the door?" He wears a pull-up at night for now, but I'll try to see if I can't get him nighttime trained by the time he's 3.5. I recently read that once a kid reaches 3.5 and is not nighttime trained, it becomes a lot harder from that point on. Their bladder is trained to NOT hold it. I hadn't looked at it that way before -- that their bladders are being trained one way or the other, even if I'm neglecting to try training them at all. When I think back on my experience with the other kids, I believe that's true. We nighttime trained the girls together at the ages of 3 and 5, and Delaney was the longest to need a pull-up at night simply because we thought she'd eventually figure it out. We lucked out with Timmy waking himself up to use the bathroom at night soon after he turned 3. So if Joey hasn't figured it out by himself in the next few months, I'll have to take action. These darn disposable diapers and pull-ups make it too easy to be lazy.

And now we're off to take him to his first day back at preschool after the break. I'm hoping he takes a good nap afterward.
Posted by Rachael at 8:37:00 AM No comments: