Very early this morning I looked at the clock when I heard Joey whimpering, and thought, It's been four hours. Great! Yep, things have gotten that bad, and our almost-two-year-old is sleeping worse than he did as an infant. I don't know why. No new molars, no big changes, only one very short-lived sickness .. I am stumped as to why we're having these issues. He has no trouble falling asleep when I lay him down around 7, but for about the past week starting at 11 he wakes up as often as once or even twice an hour. I go in there, tell him to go back to sleep and cover him up with his blankie. And he does .. but then a while later he's up again. The closer we get to morning, the worse it gets. Our "Mr. Clock" worked well for the girls with early rising, but it's since gotten old and can not be relied upon to always be yellow or blue at the right times. Then I read yesterday while Googling about toddler sleep, that most nightlights inhibit the production of melatonin. The "soothing" colors of blue and green are the main culprits. Once I read that, I banished Mr. Clock to the spare room, which is just a way to delay throwing it away. I'm so bummed because I'd planned on getting Joey a different kind of clock from Amazon that was newer and better, but I think it's blue at night too. Now I don't know what to do.
During the day he's pretty much his normal self, although he does tire out more quickly since his nighttime sleep has taken a turn for the worse. He's talking more and more, and starting to put words together too. His word choice in some situations makes us laugh. One time he was begging to go outside, and really getting upset because he was being ignored. "'Side .. 'side .. 'side!" he called, starting to cry. At last Annie said, "OK, Joey, I'll take you outside." "Fine!" he said, instantly done crying. 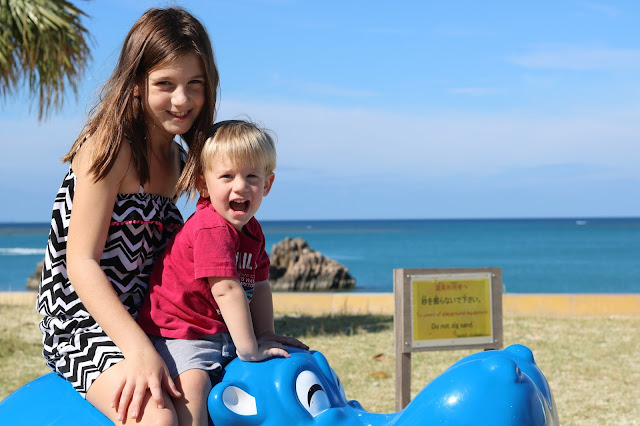 Once I told Timmy to go upstairs and take a bath, but he was trying to procrastinate. Joey wanted a bath with him so he went up the stairs and called down, "Mee (that's how he says Timmy -- that or just "ee")! Baf! Now!"

He accuses all of us at different times of being mean. "Mean Annie!" "Mama.. mean."
At any given time if he's upset and I ask him what the matter is, he says, "Aaaa-niie.." We have a running joke that it's always Annie to blame when Joe's upset, and then I come after Annie threatening her with punishments. "What should we do, Joe? Throw her out?" But at the same time he loves Annie and is most excited to see her when they get home from school. 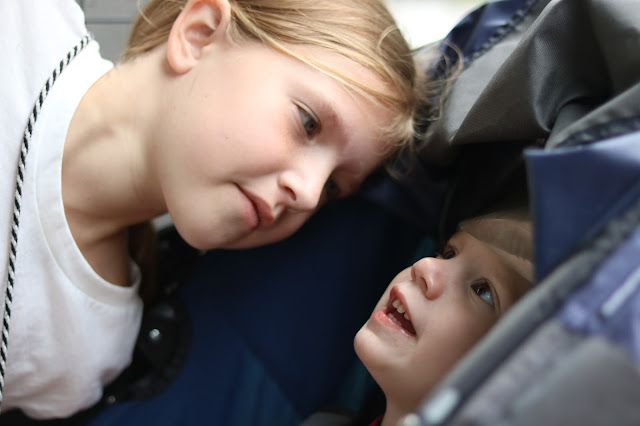 He still runs like a drunk pigeon, and I love it.

He's started letting me read him books instead of just impatiently flipping back and forth through the pages, and wanting to talk about the pictures. 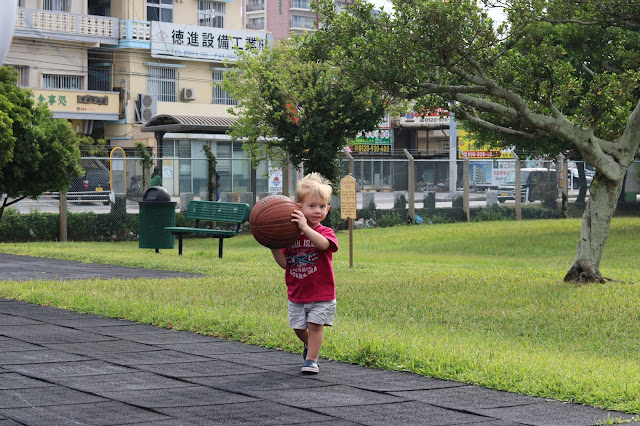 He's figured out doorknobs.:( Darn it. Must buy doorknob covers and hope those keep him fooled for a good long time.

His current favorite toys are his "ga-go" (motorcycle) and his "dus" (bus). For some strange reason he can pronounce the "b" sound in every other word besides bus. We're giving him a plasma car for his birthday, and I can't wait. We're going to tell him it's a "ga-go".