We had a quiet Thanksgiving here at home.  I went for a nice long run in lieu of a turkey trot.  The kids played all day down the street in "other" Delaney and Timmy's backyard.  Tim cooked us up a big old yummy feast.

Lately I've struggled a lot with being grateful, even though I have countless reasons to be.  I can't keep the house clean enough, the kids drive me crazy, and we're getting into a busy time of year, and I feel bogged down with all there is to do.  But if I stop to look around, I am so incredibly blessed.  I've got these three beautiful kids who really are good despite their quirks (which I guess is what those who love me say about me), the most wonderful husband and father in Tim, and a nice big house in a great neighborhood.  We are at the beginning of a three-year duty station during which we can expect Tim to be home the majority of weekends and holidays, and not deployed at all.  We have our health and we have everything we need and most of what we want.  (Tim still pines for a Mustang.)

I miss updating my blog more often, but it's hard to even know where to start lately.  It just doesn't flow anymore the way it used to.  But it's been so much fun to have these past few years, I'd hate to let it fizzle out.  I've got Tim's parents' visit coming up, the girls' first (and maybe last) ballet recital, Christmas, and maybe all of that will be enough to jump-start me. 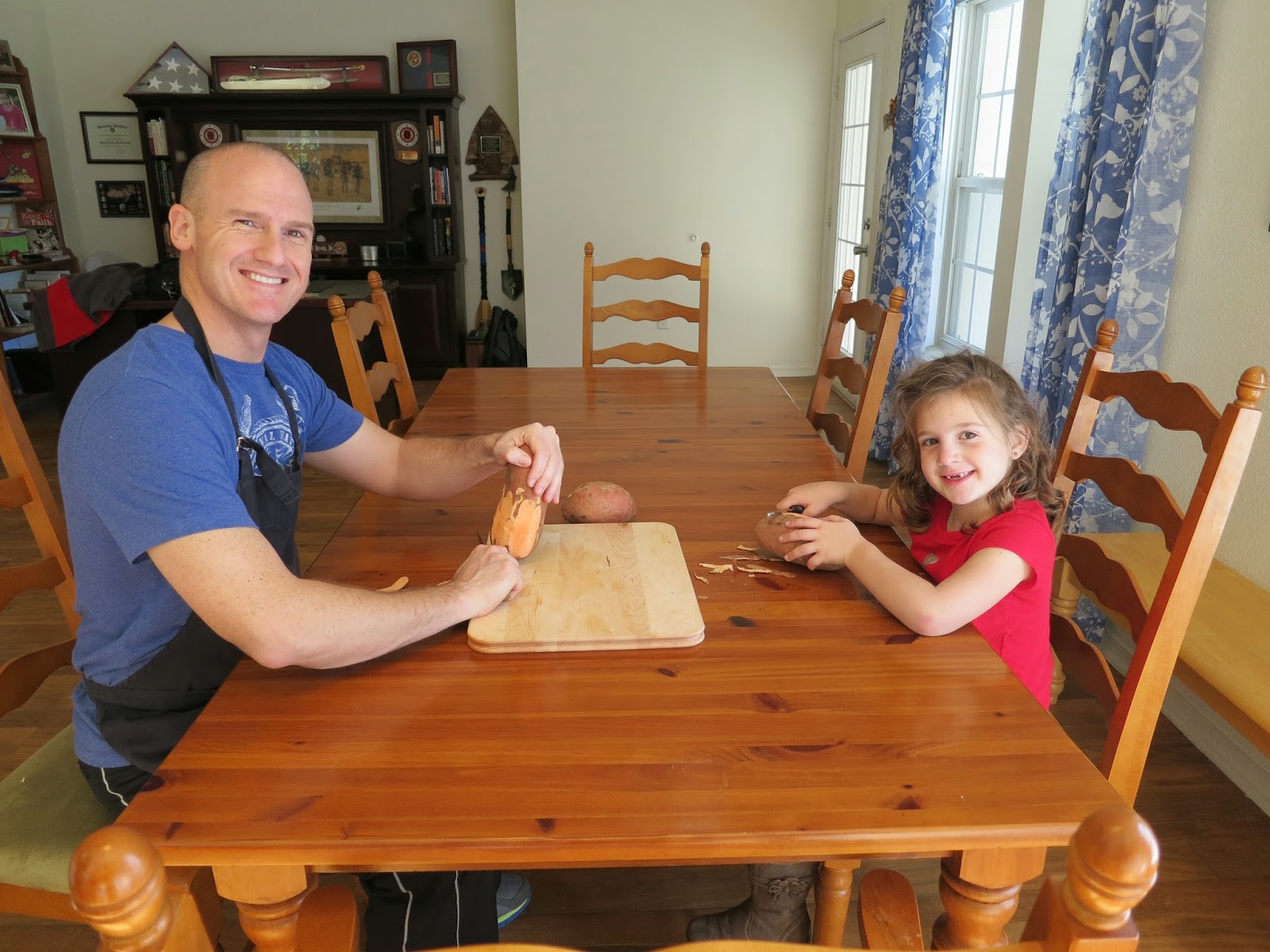 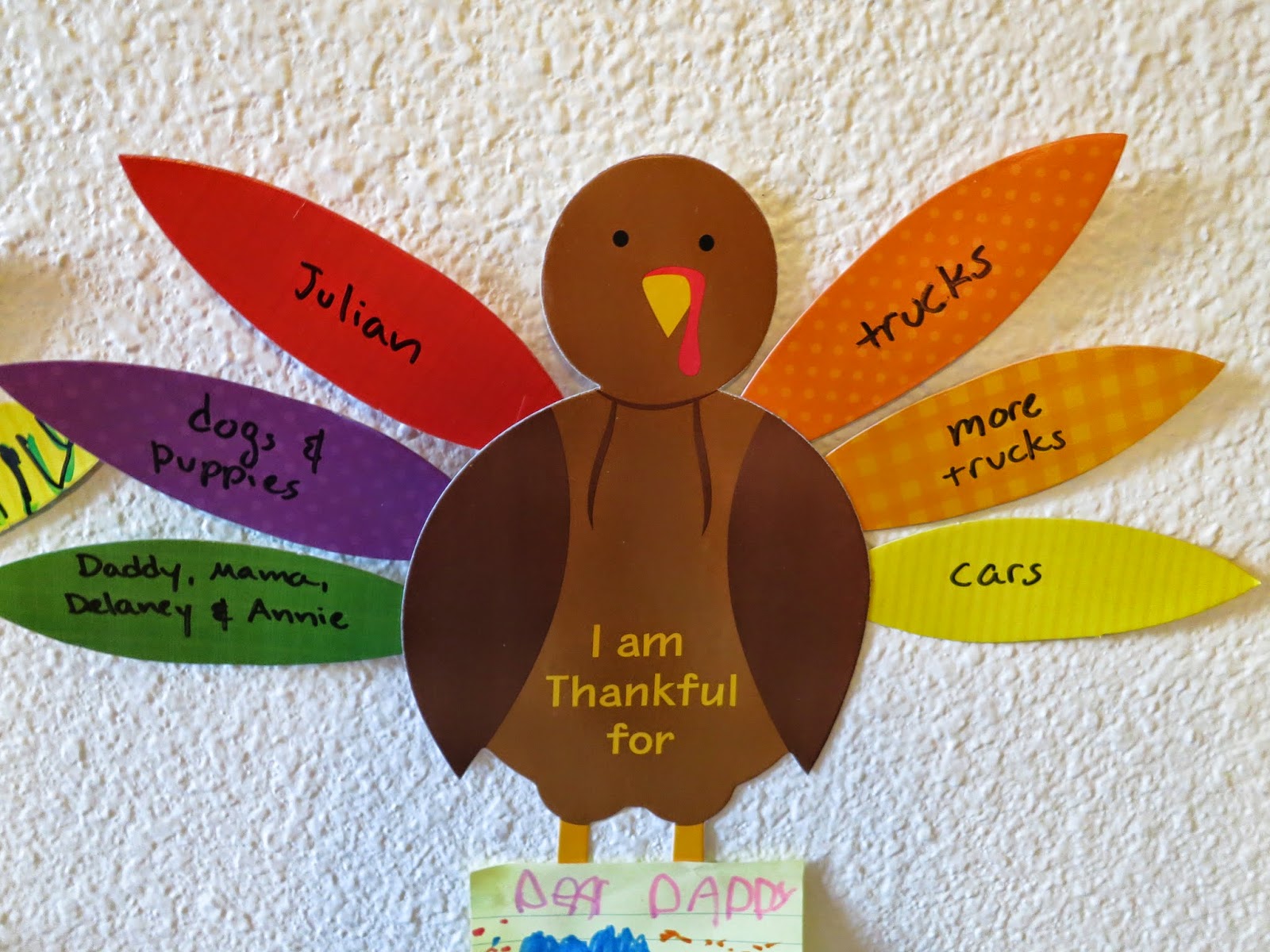 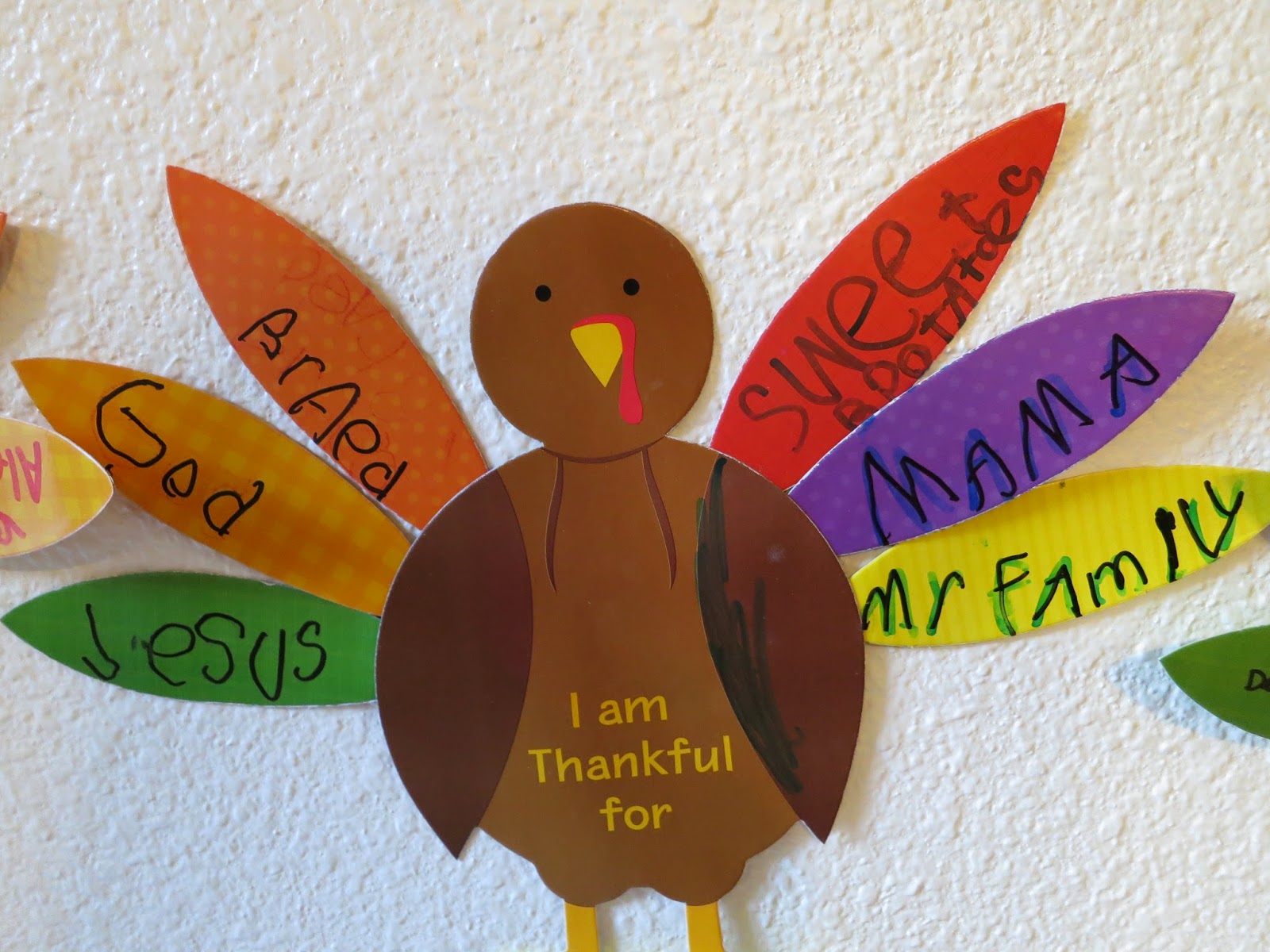 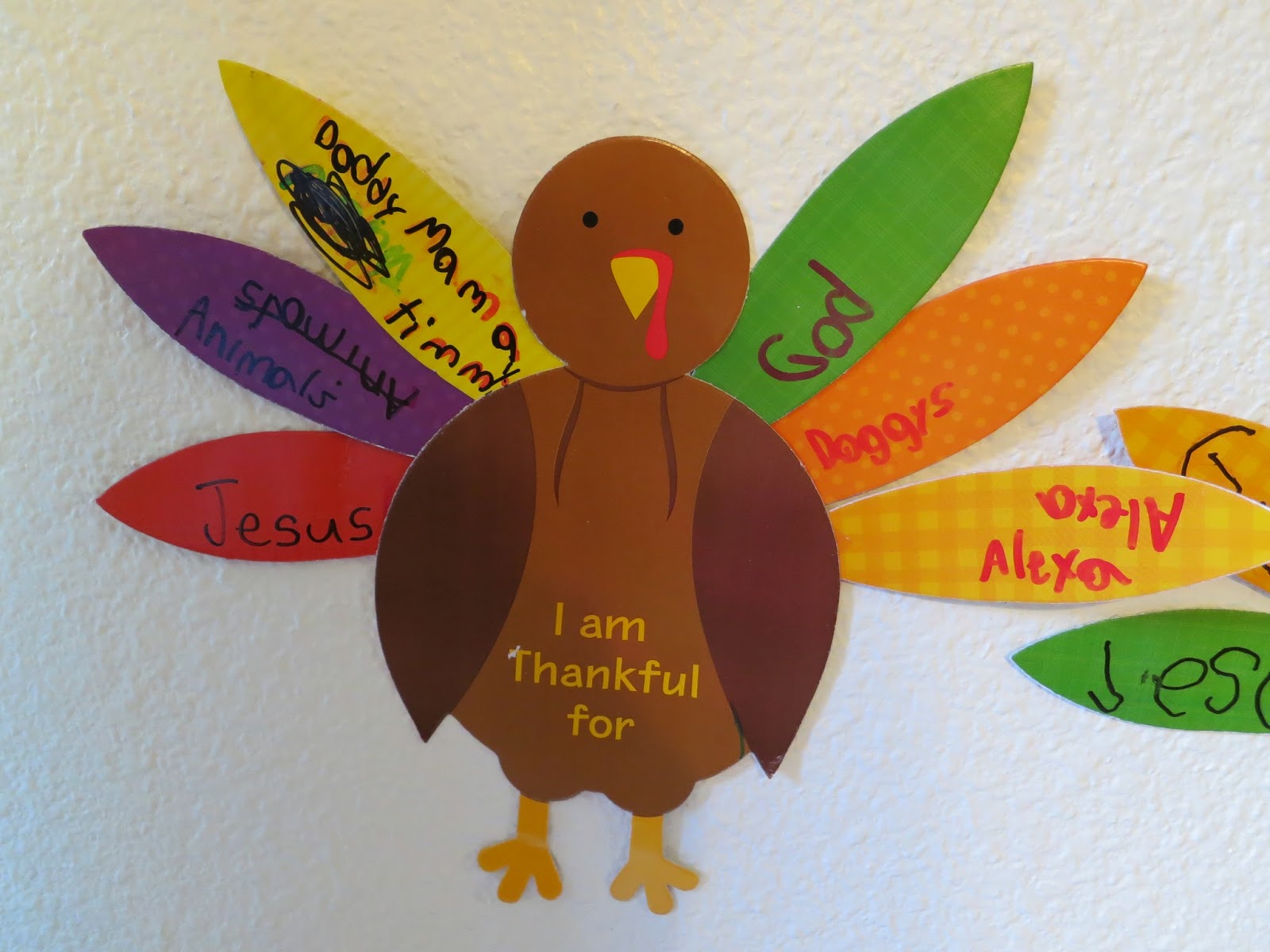 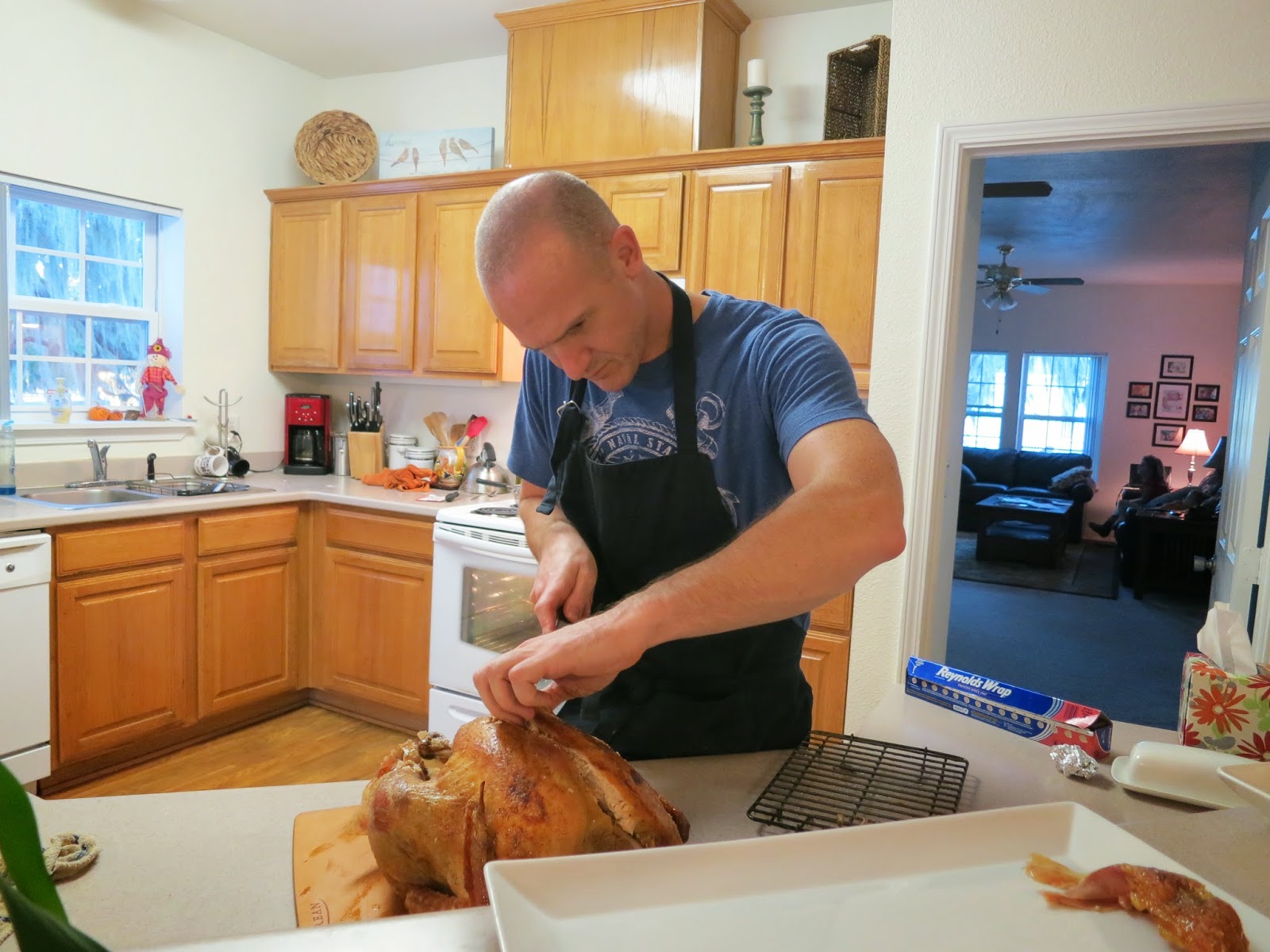 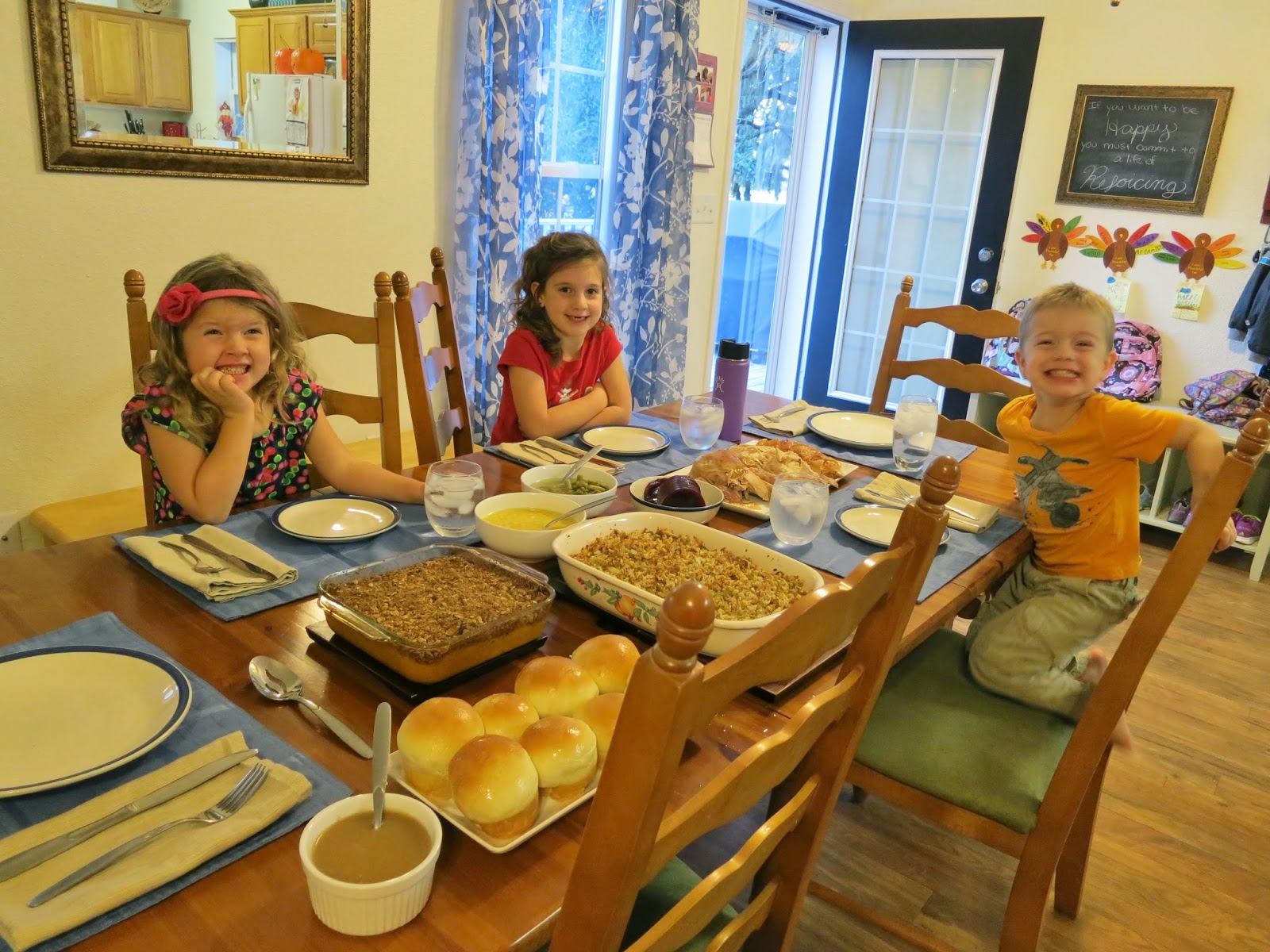 Because this night always comes and goes so quickly, and it costs a fortune, the pictures we take before we leave are VERY important to me.  I knew that two hours alone would be spent in the car because we were going to Hilton Head.  Usually we get cocktail hour too, and I have a glass of wine and we mingle with the people we know there.  Another chunk would be spent at a table during the ceremony and dinner.  And that's it.  We go home right after that because we're paying a sitter $10 an hour.

So before we left we had Delaney take a series of pictures of us out front with the nice soft light of the setting sun.  It's not often we get dressed up like this, Tim in his mess dress blues and me in my Badgley Mischka from Rent the Runway.  I had also had my hair and makeup professionally done.  After that we got in the car to leave and I looked in the viewfinder and saw that I had failed to suck in my belly adequately and these pictures would not do.  This dress accentuates every curve, even (especially) the ones you wish you didn't have.  It was already a little after 5, cocktail hour started at 6, and Tim had already taken off his stiff jacket for comfort while driving.  But he saw the look on my face and knew it was no use.  He went to get Kaycee to take a couple more pictures. This time I did my best to keep my shoulders up and back AND my belly in, while still looking relaxed and happy.  Good enough.  But now it was about 10 after 5 and we were just now getting on the road.

When we left the GPS said we were 50 minutes away, and I thought, perfect.  We'll be there right after cocktail hour starts.  Just like last year, Tim managed to hit just about every red light from here to Hilton Head.  Then traffic came to a standstill because of a wreck that had happened earlier, and what was supposed to be the last 5 minutes of the trip took about 25 minutes instead.  I kept saying, "All I want is to have one glass of wine before the ceremony starts; is that too much to ask?"  Finally we turned down a road that led to a few different resorts.  But everything was pitch black, no streetlights anywhere, and very confusing.  The GPS was of no help to us anymore.  At last we found the gate to the Westin, only to be told by the man standing there that we would need to turn around and go find another parking lot and wait for a shuttle because they were full.  More driving around in the pitch dark, more confusion and lots of annoyance.  I said, "That's it, we are not going to any more balls in Hilton Head!"

In the end, after not finding the parking lot we were told to go to, we drove back to the Westin and the man told Tim he could park in the underground parking lot.  (Why didn't he just tell us that in the first place?) He dropped me off at the door and parked the car by himself.  I got my glass of chardonnay with 15 minutes to spare.

We had a nice time and really enjoyed talking to the couple we sat with at dinner,  Before we knew it we were looking at our phones and going, "What, it's almost 9?"  Gotta go!  If we leave now we can make it by 10.

It's a lot of fuss to go to for just a short few hours, but at least we took some decent pictures! 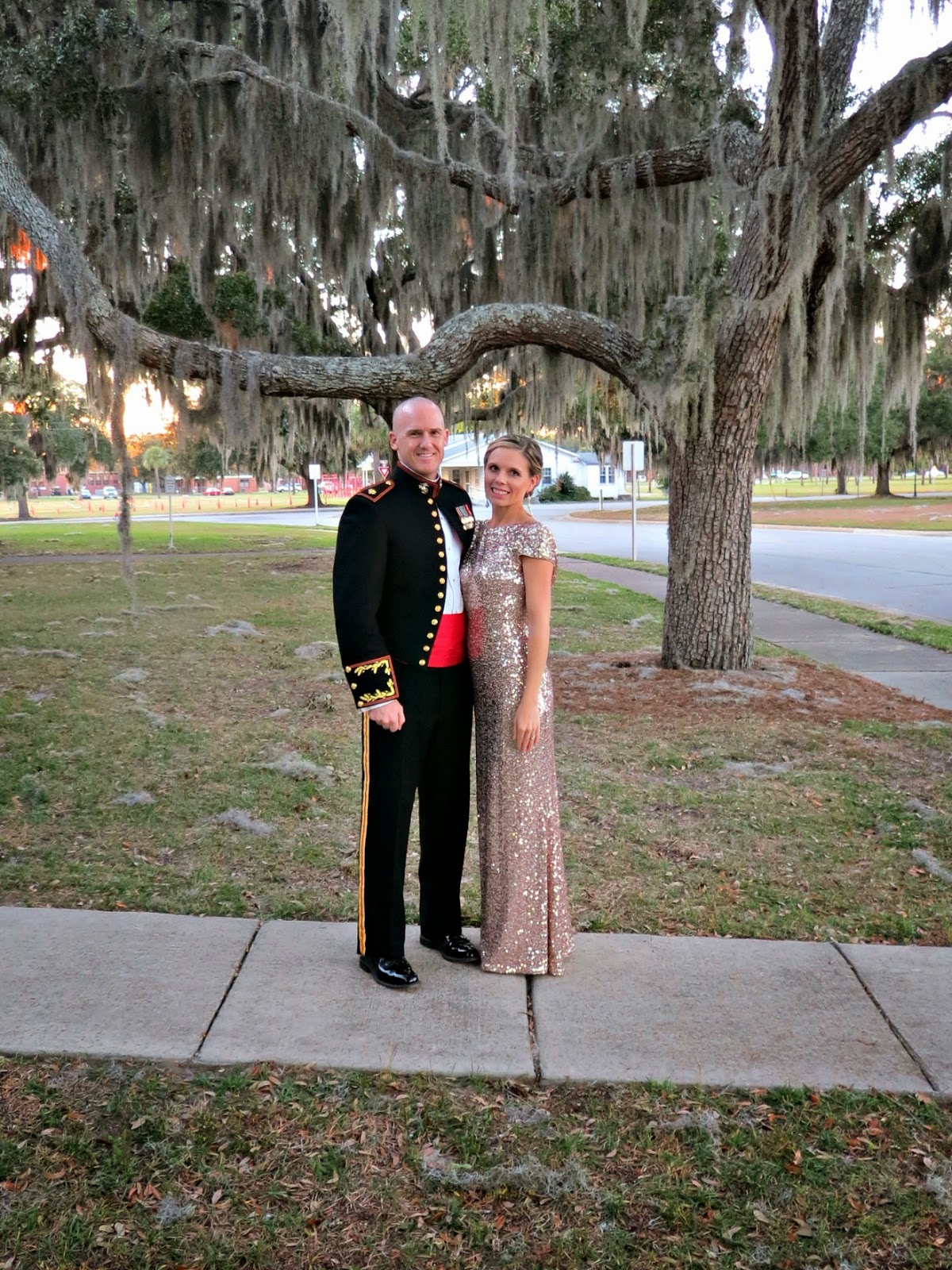 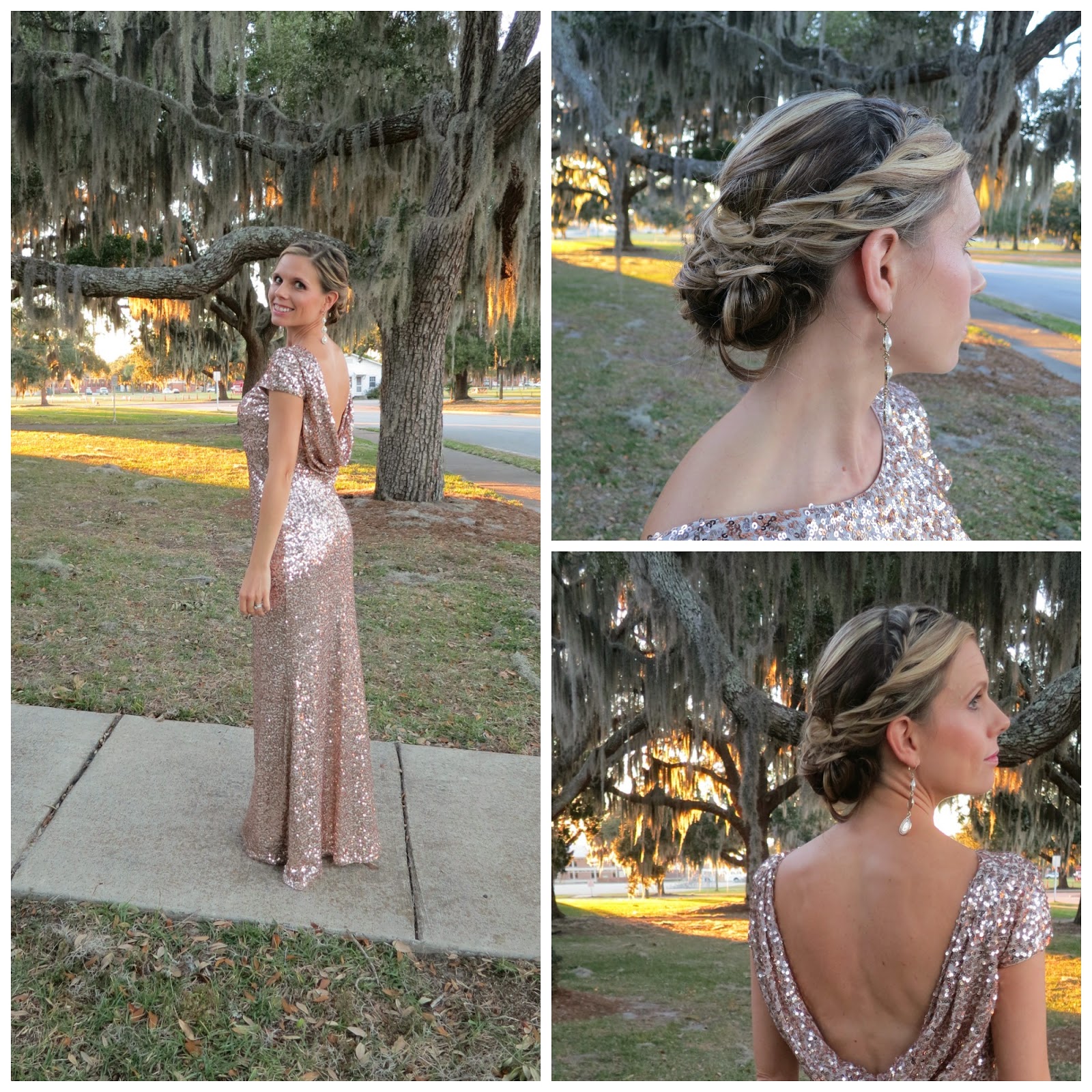 Halloween 2014: In which we come out of hiding and talk to our neighbors

Trick-or-treating hours were from 5 to 7, which was the earliest we've ever done it, but it worked out very well.  My pictures turned out better, and it was nice to be done by 7, and able to get the kids to bed at a decent hour.

We walked around with our next-door neighbors, keeping up with the kids as best we could.  It was fun to see so many families outside at once, in the daylight, and talk to them.   At one point we stopped on the sidewalk to chat with a family who have three kids, two of whom are named Delaney and Timmy.  I was so excited to meet them and asked them where they lived.  And you know where they live?  Four doors down from us.  And they've been there for as long as we have.  I felt like the biggest ass at that moment.  The mother must have felt the same way because she said to me, "I know I should have come over and introduced myself, but I've just been so consumed with life."  I nodded, completely understanding.  Most of the time when I'm home, I'm consumed with either housework or what's going on outside my back door since that's where the kids go out to play, and I'm always checking on Timmy.  Everything and everyone else escapes my notice.  I've never seen these kids, but I remember waving to their parents as we walked by their house one night about a week ago.  We have to be friends with them, we just have to!

Oh, and another jaw-dropping fun fact that I learned during trick-or-treating?  Delaney and Annie's dance teacher lives in the house directly across the street!  I do go outside sometimes, I promise I do.  I even look out the window because my shades are always open.  I'd met most of the people on my street before this night.  (Now I've met them all, except maybe one.)  But like I said, I am mostly concerned with what's going on behind my house since that is my kids' primary stomping grounds.  And I park my car in the garage which is in back of the house too.

What amazing discoveries we make when we all leave our houses at the same time and start walking around!  Back into hiding we go until next year, I guess.  I do want to have coffee with Delaney and Timmy's mom, though.  I wish I had a dog now, so I could have an excuse to walk by at least a couple times a day.  And yes, I know I have Timmy, but as anyone who's ever tried to go on a walk with a three-year-old knows, it is not the same. 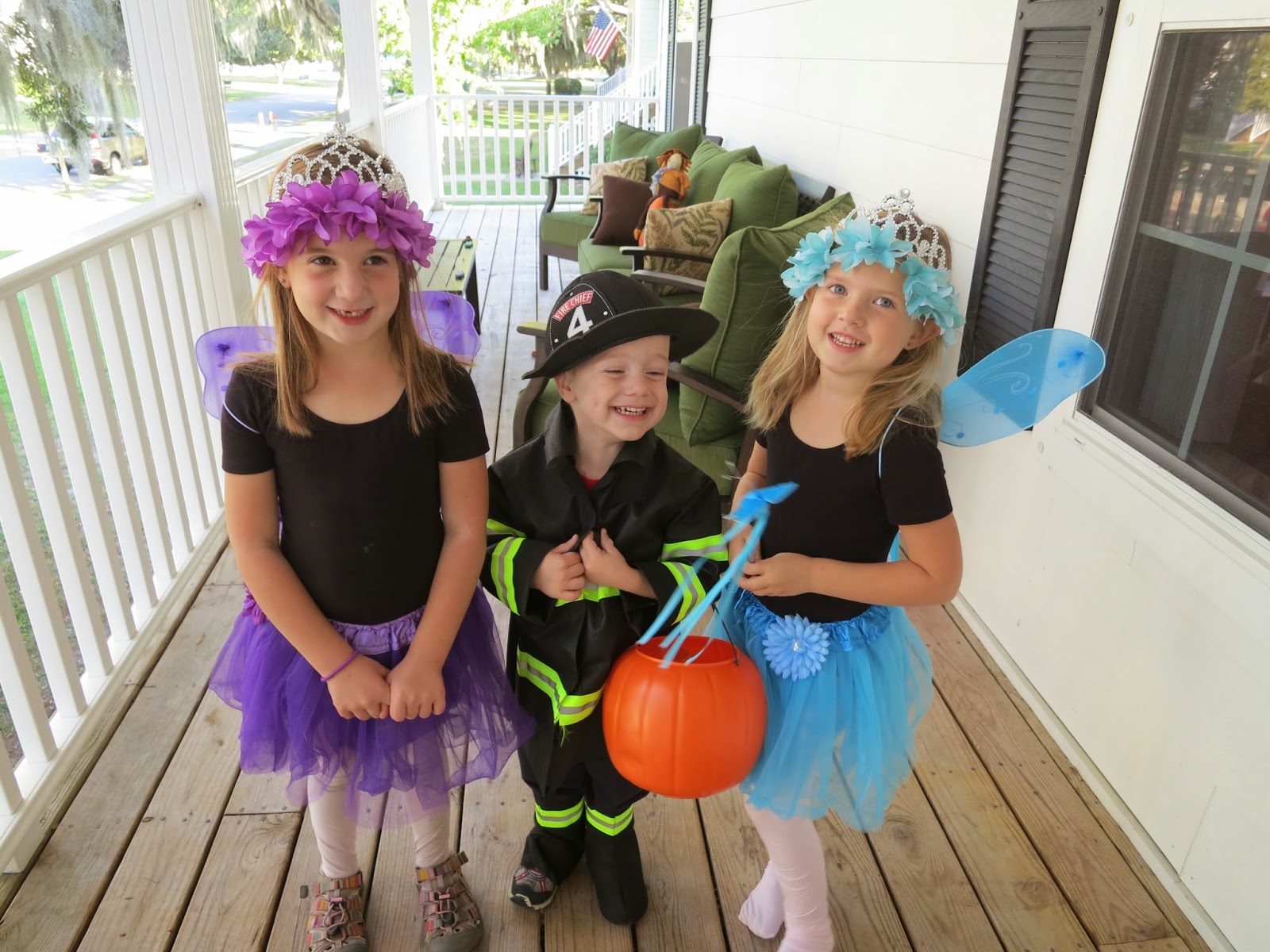 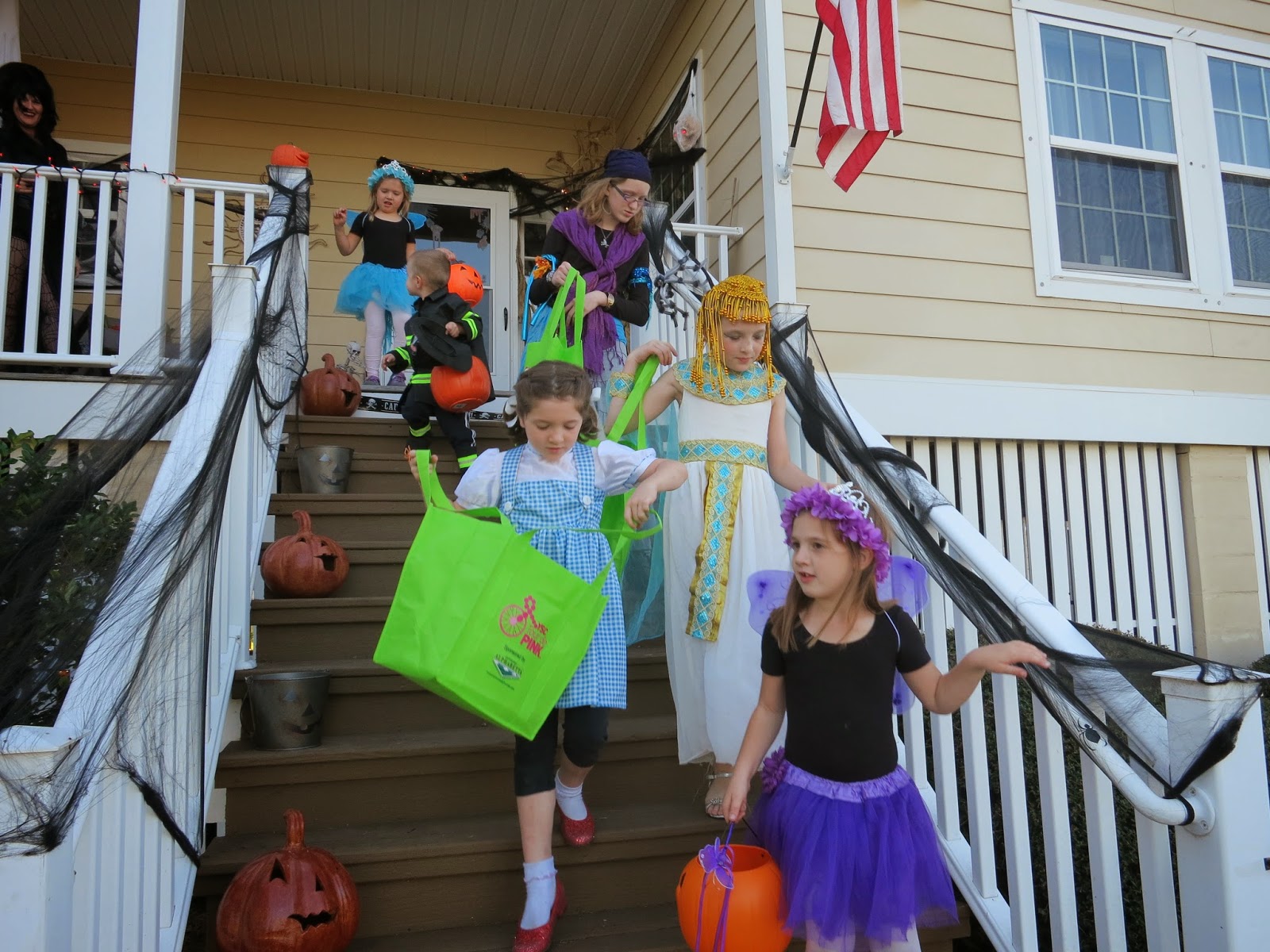 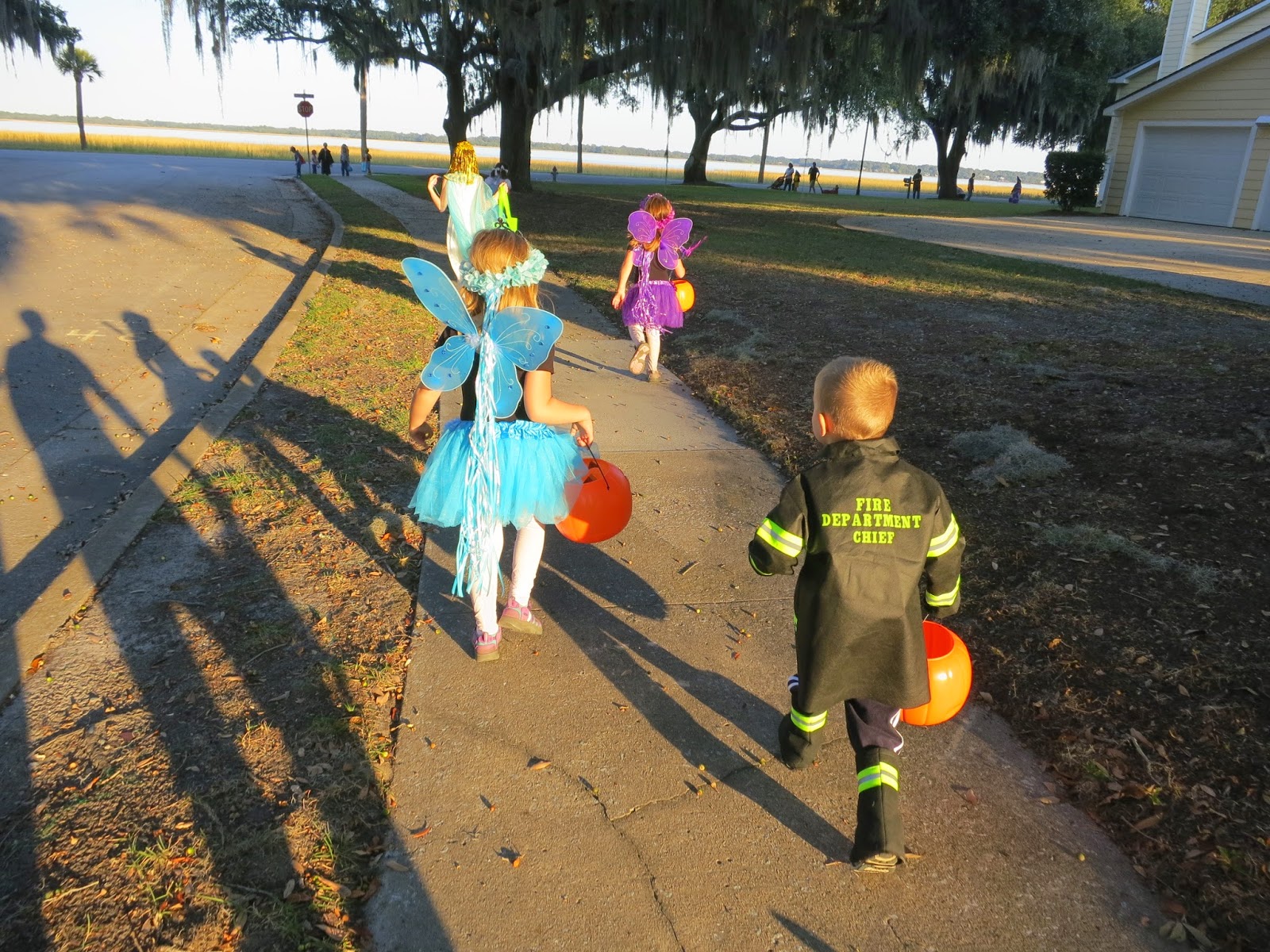 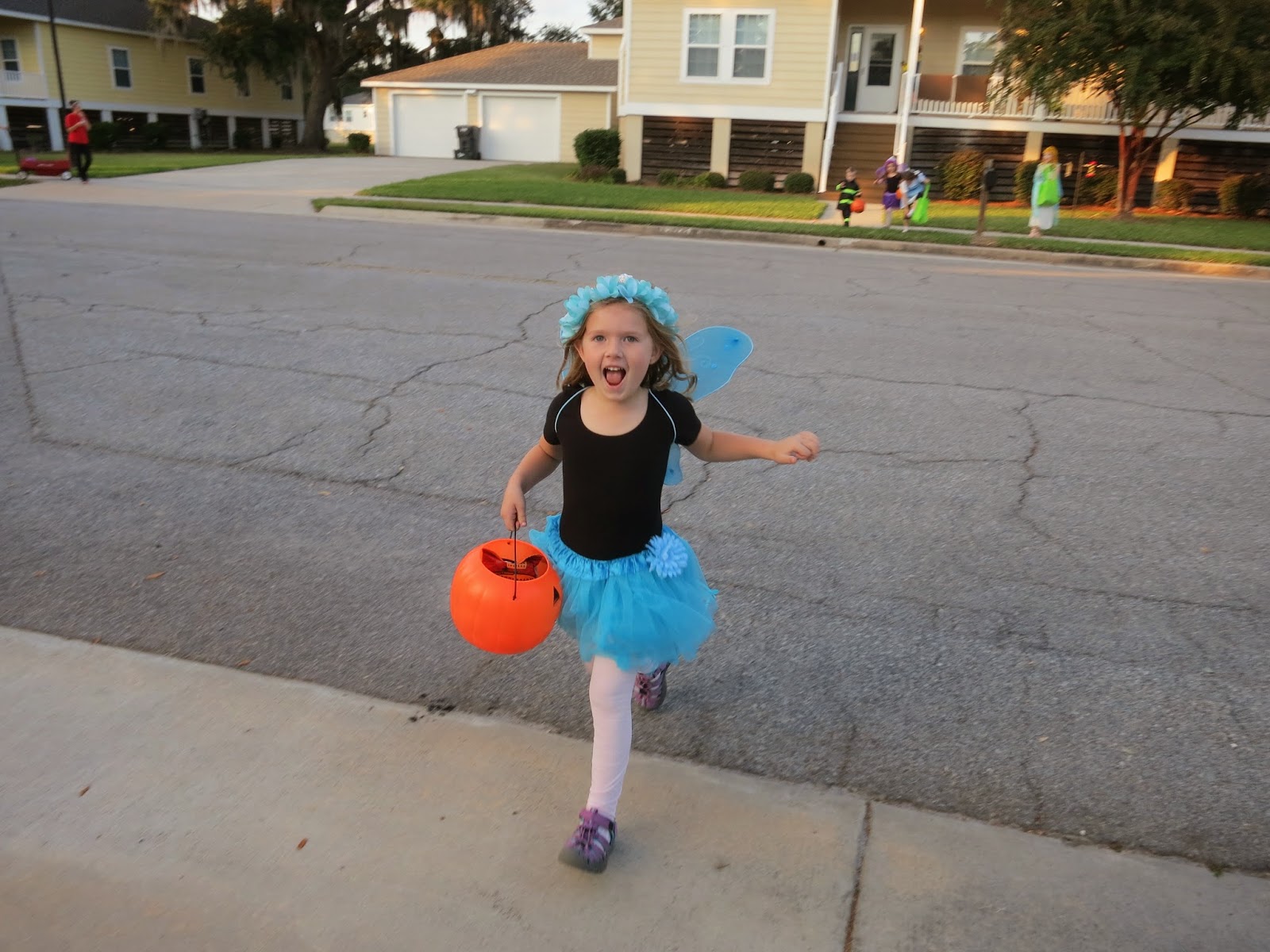 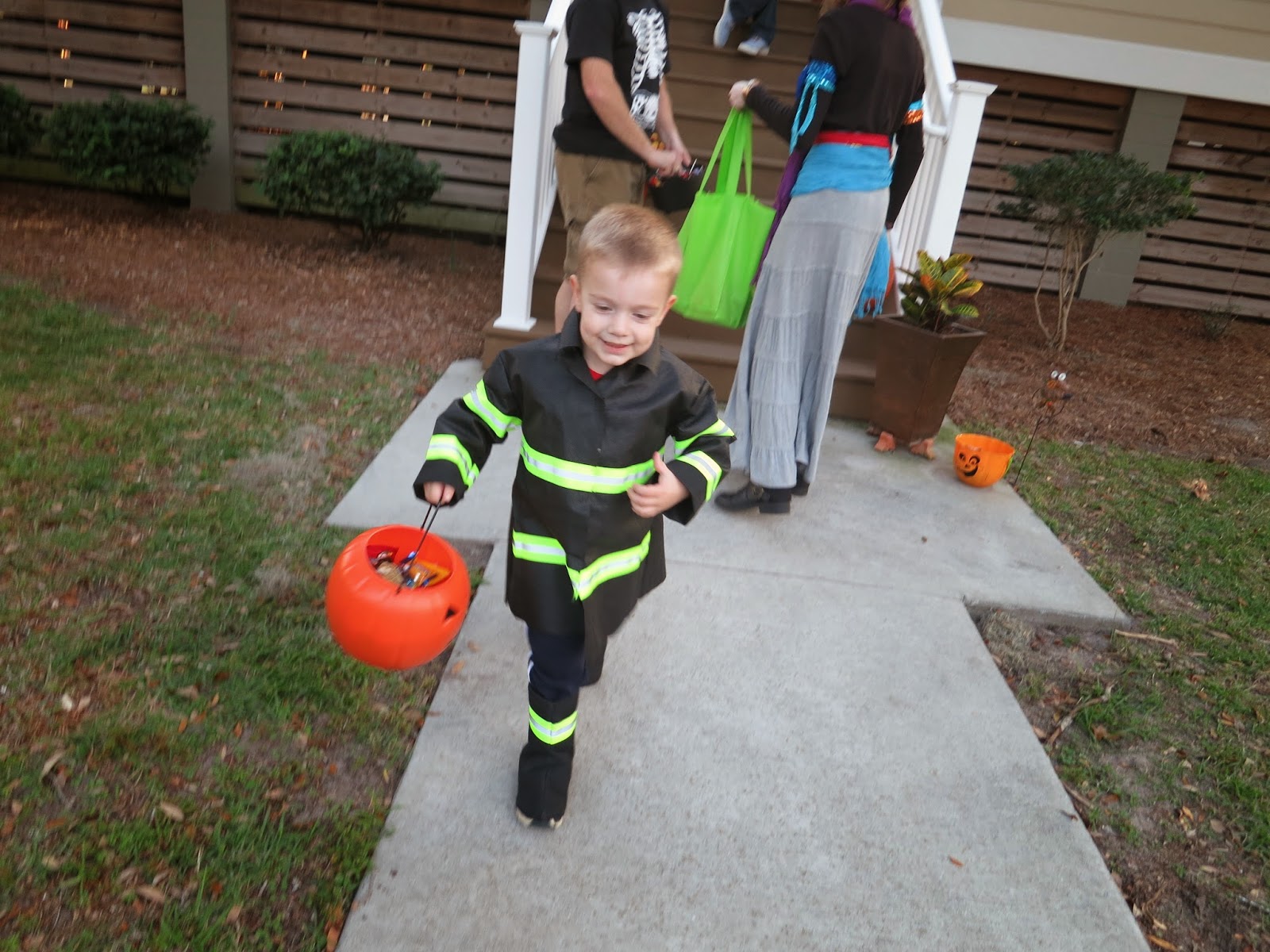 We went to every single house in our neighborhood and the kids all filled up their little pumpkin buckets to the top.  It was so much fun to watch Timmy's joy and excitement as he ran from door to door.  He started out running but by the end he was dragging as his bucket got heavier and heavier.  Eventually he needed me to carry it. 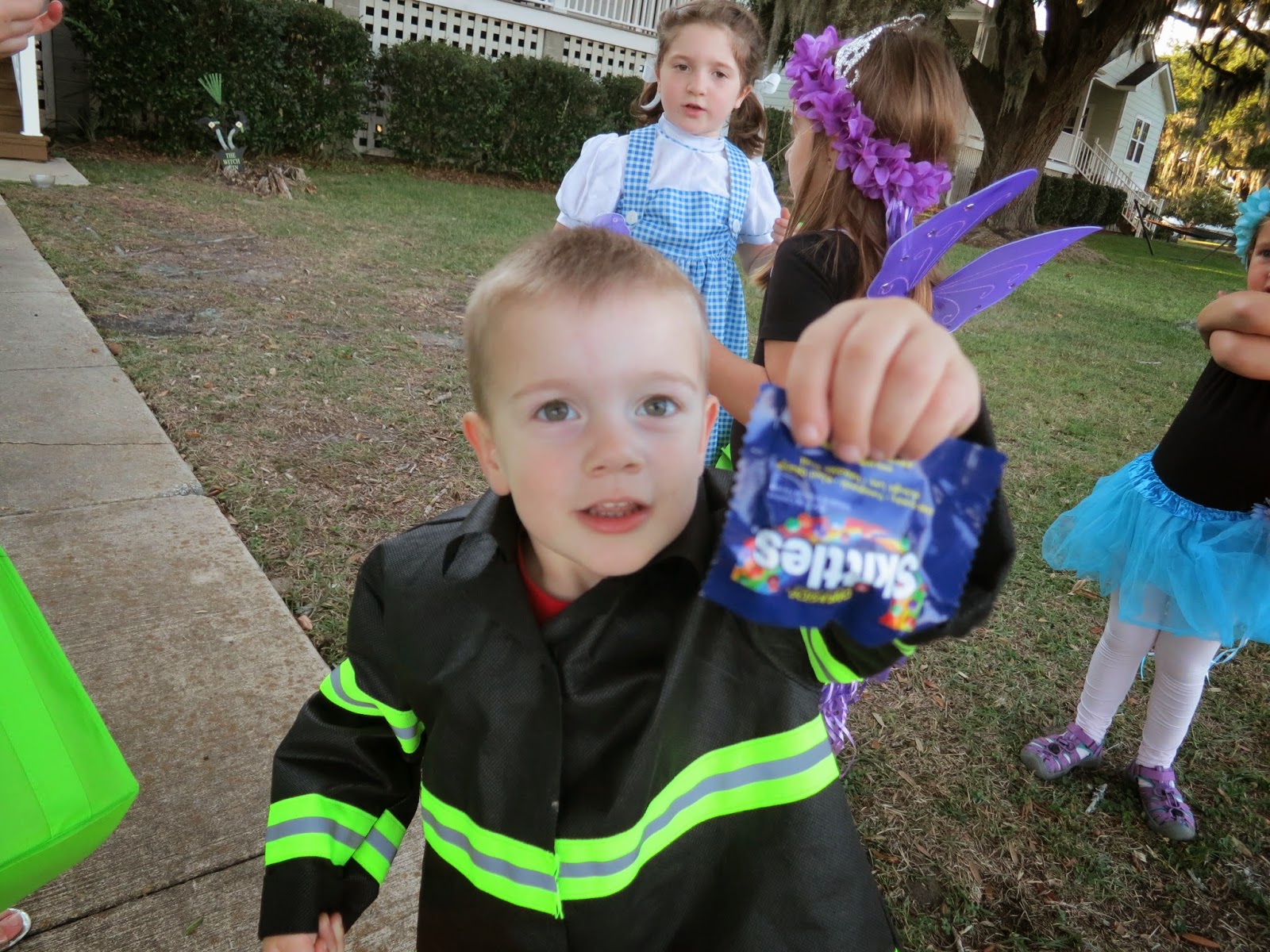 All in all, a fun Halloween!  It was in the '70s that night and by morning it was 43 degrees.  You got to love the crazy fall weather fluctuations.